This is hard for me to write and I’ve been trying to spell it out for a few weeks. It’s even harder for me to admit, because I made a lot of harsh judgments against kids with ADHD and their parents when I was younger but I had ZERO idea what it was actually like.

Let me explain. I do not have ADHD. People in my family growing up did not have ADHD. I was only ever on the outside looking in, making it all too easy to make judgements.

Fast forward to my adult life and I am now the lucky bonus mom to a child with ADHD. I do not say this sarcastically. I am incredibly blessed to be Eli’s bonus mom and I wouldn’t trade it for anything. However, I have had a HUGE learning curve and a giant dose of reality thrown at me regarding ADHD over the last two years. 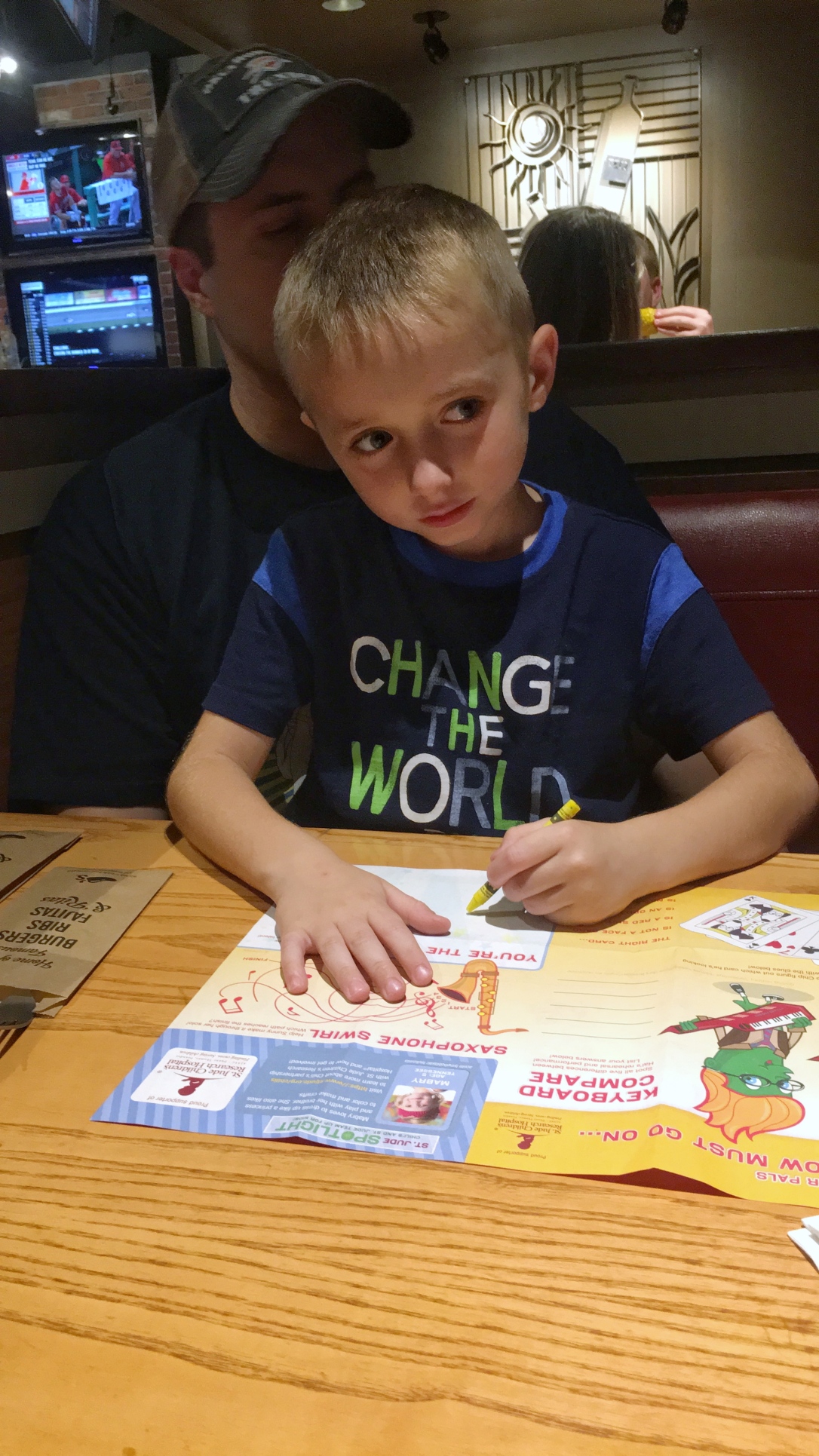 Lie number 1 I believed: it’s nothing more than poor parenting and a lack of the kid trying.

Well, isn’t that wonderful Ms Judgy McJudgerson. How could I have known what the parents did or didn’t do? I couldn’t. But that didn’t stop me from judging. I can tell you that it IS hard to parent and discipline a child with ADHD because normal punishments do not work. You tell them “do that one more time and X will happen.” Guess what, your child cannot completely comprehend future punishments because they are the embodiment of living in the NOW.

So, these last two years and especially the last school year have been an eye opener. There have been times where I feel like I’m completely failing Eli as a parent because I have no idea how to explain things in a way he’ll understand. Like the gravity of not finishing his school work or doing tasks when he’s told to in class, or at home for that matter. It was a very hard pill to swallow when our bright and smart six year old was held back in first grade. Even harder to take when it’s NOT because he doesn’t know the material. You can ask him math problems appropriate for a first grader and he can spout it off without missing a beat…you ask him to write it down and THAT starts his problems. He struggles writing it down, and bless his heart he’s left handed like me…which also makes it more difficult.

You see, while he does have a hard time sitting still or being quiet, ADHD is not hyperactive in the they’re constantly moving sense. At least not with Eli. He has a hard time controlling his impulses and that includes his moods from happy to angry to sad. Whatever he’s feeling or wants it’s FULL on, which can lead to meltdowns at the flip of a switch. This makes tasks that seem small much more difficult. I’m not saying these meltdowns are appropriate just because he has ADHD and I’m definitely not saying we indulge his every whim because of it. It’s just a current factor our life. We can tell him to do something like you would any kid and he’ll go in the other room fully intending to do it and I five seconds to get to the other room something catches his attention and he completely,I mean COMPLETELY, forgets what we sent him to do. We go to check on the progress and we ask if he’s done what we asked and he goes “oh, I forgot!” Completely forgot. In five seconds. It’s pretty mind blowing actually. But that’s because his. Rain works differently than ours.

So, we definitely don’t let him get away with everything, but we do have to find different ways to parent him.

Lie number 2 I believed: people who claim to have ADHD just don’t TRY.

Well, isn’t that easy for me to say. I cringe thinking about this now. Because it’s something that I hear repeatedly from others when they hear Eli has ADHD. I know they don’t mean to attack our son…but that’s what they’re doing. Now, there are times he DOESN’T try, but that’s not the regular situation. I’ve seen hi, try for hours and hours and hours on his LEGO’s. He definitely knows how to try. It’s his hyperfocus. Often it has him “trying” for the wrong thing.

When it’s homework time we’ll be plugging along doing homework when a word,phrase or something as simple as a line on the page starts him down a rabbit hole. This usually reminds him of a story from school or a random fact about any of the many creatures he’s fascinated by (it’s currently dinosaurs.) I have to bring him back from that black tunnel and re,ind him of the task we’re supposed to be doing, because that one spark caused him to completely forget. He might remember, he might not. This makes homework take longer but is definitely a problem in the classroom where they have timed tests. It’s something we’re still working on and trying to get him to find ways to keep himself on task and pull himself out of that black hole. 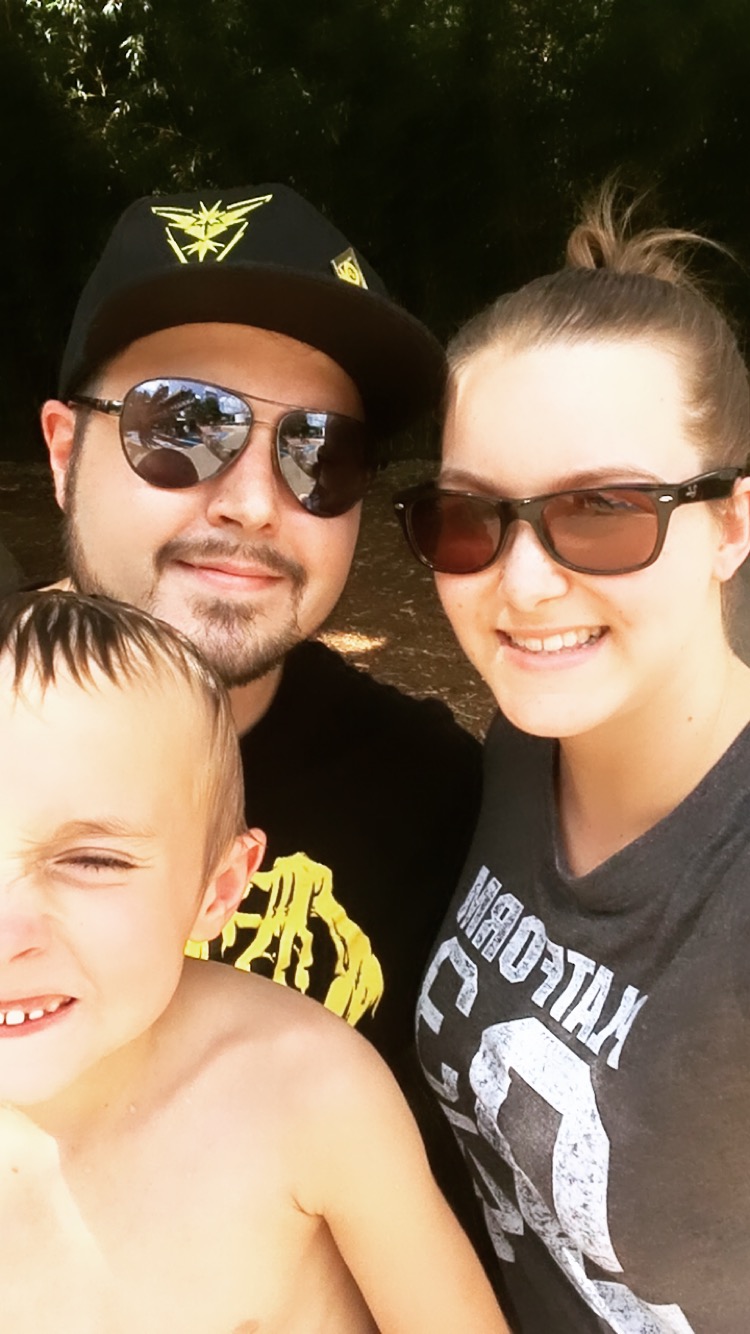 This is another one that hurts my heart. My son is a GOOD boy. He is a SWEET boy. It he can be incredibly hateful and angry. Out of nowhere. If someone saw him in a meltdown and doesn’t know him, I can see why they think he’s a bad kid. But I promise you he’s not. His lack of impulse control means he doesn’t think through his actions before he reacts. This means there are times he reacts in completely inappropriate ways,and this is DEFINITELY an area we focus on with him. It’s not easy and there are many times we get frustrated because he’s reacted in a completely inappropriate manner. But let me be clear, overall he is NOT a bad kid.

He’s an incredibly loving big brother to his baby sister, he hugged me and told me it would be okay when my house was broken into the fourth time, he loves our dogs and gives them belly rubs every chance he gets. He has areas we need to work on, but tell me who doesn’t? Yes, his struggles are a bit bigger and tend to get a lot of attention because they’re so inappropriate for his age, but he is a good boy.

I know this is long and I’m sorry, but I think it’s important to understand. ADHD is misunderstood on many levels, and I’m still learning about it. Like many disorders that involve the brain it’s stigmatized and way misunderstood. I still feel like ADHD is highly over diagnosed, but I’m here to say it’s a real thing. I’ve seen it first hand, I live in the trenches with it, and sometimes it’s ugly. There’s screaming, yelling, tears but there’s also laughter, hugs and so much love. So try be understanding and learn a bit when you hear that someone’s kid or an adult has ADHD, because odds are it’s completely different than what you thought. I know it was for me.